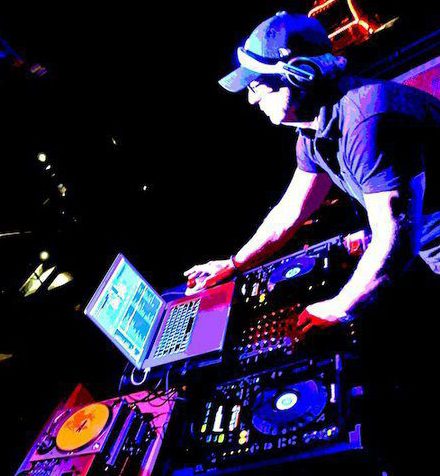 A seasoned pro and highly regarded in the dance music world. In 1979 (age 18) John was chosen by his DJ peers to perform at the World’s Largest Disco. There he joined icons Gloria Gaynor, The Trammps, The Raes, and legendary New York DJ Bobby “DJ” Guttadaro to play for over 14,000 people – the largest dance crowd assembled to date. John also earned a coveted residency at the famed discotheque, “New York – New York.”

John’s smooth transitions became a trademark and opened the door to a career in some of New York’s hottest clubs and events, including Studio 54, The Saint, the Fire Island Pines Pavilion, and Sleaze Ball. John has also been a featured artist on Sirius/XM Radio Studio 54.

We’re grateful to have John bring his unique musical perspective to the Flagger Destination Weekend event. Come join John and your flow arts family to celebrate Life, the power of music, the Grove — and add to our legacy of love.