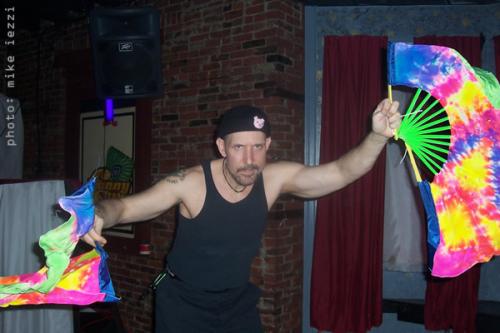 These pics were taken at the Vagabond party at Sal’s on 12th. It was the public debut of my friend, DJ Scott Tozer, who did a smash performance that night. Sending him off to his new career were myself, Larry and Ted, Cissy, Ettore, Mike (who took the pictures) the Archangel, and Scott’s partner Marky. Not many more people than us were on the floah. The crowd seemed to want to huddle around the bar. I suppose no one wanted to get smacked by the fans we were wildly spinning around. 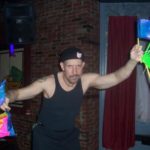 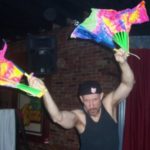 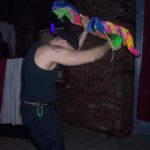 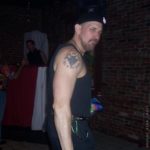 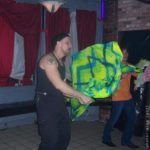 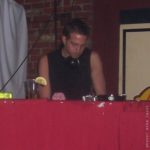