An Audience of One

I am being watched by an audience of one.

A warm night breeze blows off the desert and brushes my cheek, touches my flags, as they slide past my arms, my legs, my face. The only music is from the palms murmuring in the wind, far above me as I flag, as I perform.

Even though lost in my flagging, I can feel a pair of beautiful brown eyes watching me, rapt, entranced, smiling.

Even though lost in my flagging, I know that I have rarely had an audience like this.

It had been a long day. I had been waiting for most of the day at the Palm Springs Airport, waiting to fly home to San Francisco. A takeoff delayed for just a few minutes had become an hour, then several hours, and finally a canceled flight and a re-booking onto a later flight. Day became evening, then night.

After waiting in a long line for a new seat, I looked around for a place to spin poi (flags seemed too showy for the airport), thinking it would be a good way to blow off some stress. The indoor boarding gates at the Palm Springs Airport surround a large outdoor patio with desert landscaping, and I decided that would be as good a place as any.

After about 10 minutes, a mother walked up with her small daughter, perhaps 2 years old. I recognized them from my delayed flight. Mom squatted down to watch with her daughter, who comes a bit closer. The girl’s eyes were as big as saucers, and her clothes were smeared with something, probably a result of ice cream and a long day.

I started chatting with Mom while spinning my poi.

“No… but my husband is!” she laughed.

I stopped and bowed. The little girl clapped.

I looked in the girl’s eyes. They were almost mesmerizing.

“Hold on a second,” I said, “I have something better”.

I rummaged around and came up with a giant 5mm set of flags, bright blue with streaks of topaz and amethyst, and decided that what this girl thought was more important than what any other people might think.

I took a moment to check that she was still a safe distance away, and noticed that Mom was watching her daughter, and daughter was still watching me.

I unfurled my flags and launched them into the air. 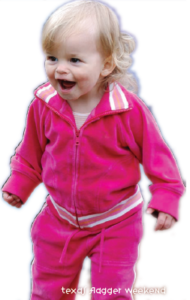 I am being watched by an audience of one.

A warm night breeze blows off the runways and carries the roar of jet engines, and brushes my cheek with the smell of exhaust.

The only music is the sound of people’s footsteps hurrying by, to the gates, to the baggage claim, puzzled, indifferent.

My audience is a small girl, a tiny fraction of my age, probably on the verge of being as cranky and tired as myself after a long day. Probably few people have as little in common as her and I.

But none of this matters. Barely aware of these things, I am lost in my flagging.

Even though lost in my flagging, I can feel a pair of beautiful brown eyes watching me, rapt, entranced, smiling.

Even though lost in my flagging, I know that I have rarely had an audience like this: pure joy, pure wonder, pure spirit.