Come enjoy the sun, music, flora, and friends in the beautiful National AIDS Memorial Grove. This event is open to all flow artists – fanning, flagging, poi, staff, hoopers and their supporters. Flags available for use or just relax, take in the fun dance music and colorful visuals. Bring a beverage, a lunch, something to sit on, and enjoy.

Our DJ has been spinning in the Napa Valley/San Francisco Bay Area for the past 20+ years. Robbie has shared the stage with many world class acts, such as Evelyn “Champagne” King, RuPaul, Sister Sledge, Ultra Nate´, Village People, Martha Wash, Thelma Houston, George Clinton, Dionne Warwick, The Bangles, The Fixx, Modern English, Kelly (Shoes), Tiffany, Stacey Q, Wynonna and many more. During the 2008 election, Robbie had the honor of opening for President Bill Clinton at the Uptown Theatre in Napa, CA. He has played at Bottle Rock Napa Valley in the VIP Lounge as well as the Platinum Lounge.

DJRR’s technique is unique. He tailors music to the client’s needs, and those of the guests. Having DJ’d hundreds of events over the years, Robbie knows that no two parties are the same. He is highly skilled at using sound to shape a room and provide just the right ambience. Whether it is soft dinner sounds or roof-raising dance music, DJ Rotten Robbie has the technique to make any event legendary.

Robbie lives and breathes music. He got his first record player at age 3 and has never stopped spinning tunes. It is his love and his passion. Rob’s DJ life was born out of his love of music. His tastes are very broad and he has an uncanny ability to read a crowd and assemble a playlist on-the-fly that pleases the entire group. He can play for people from age 8 to 80, and brings thousands of songs to each event, knowing that he will meet that one special request from your friends or family. Rob knows that it’s special when a DJ plays a guest’s favorite song right away (within guidelines you set, of course).

Robbie has helped raise millions for local & national charities through his volunteer work as a DJ. Robbie has provided music for the Napa Valley Academy Awards Benefit for over 20 years as well as Napa Valley Pride, Drag Queens Of The Valley, AIDS Walk Napa Valley, Lazy Bear Weekend, Napa Valley Wine Auction, Hospice Of Napa Valley Gala & many other benefits for non-profits. 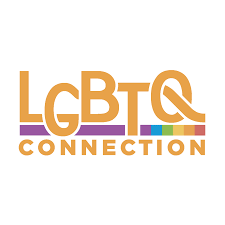 Taking public transportation is encouraged since finding a place for your car can be challenging. Never been there? We suggest you pair up with someone who has. If you drive, go early for better parking — map here. Walking directions:

The National AIDS Memorial Grove is in a gorgeously secluded meadow in Golden Gate Park. Often the fog is licking at the sky above especially in the summer, bring sunscreen and a wrap. Bring something to sit on; pack a lunch or bring snacks and beverages; flags are available for use; usually a few furry friends roaming. There are little or no services nearby, but a Port-A-Potty will be available. Our DJ spins vocal fun-filled dance music and flow artists eagerly enjoy and share their art with newcomers. No pressure to participate, come relax and take in the color and beauty of our tribe.

In 1997 a group of San Francisco flaggers started a tradition of celebrating life by gathering in the newly dedicated National AIDS Memorial Grove. Twenty-two years later, Flagging in the Park has grown into a treasured, quintessentially San Francisco event where DJs, organizers and participants donate their time, energy and love to help raise money for local and national charities.

Flagging In The Park is proud to partner again with Grass Roots Gay Rights Foundation, the nonprofit behind REAL BAD – they will be offering a $2,000 matching grant for each of our 2019 events. Proving it takes a village, this event would not happen without the support of these partners: National AIDS Memorial Grove, Sisters of Perpetual Indulgence, Pretty in Ink, Flagger Central, Ryan Clouse, and the many volunteers that help with set up and strike. Make sure to let them know you appreciate their help with FITP!